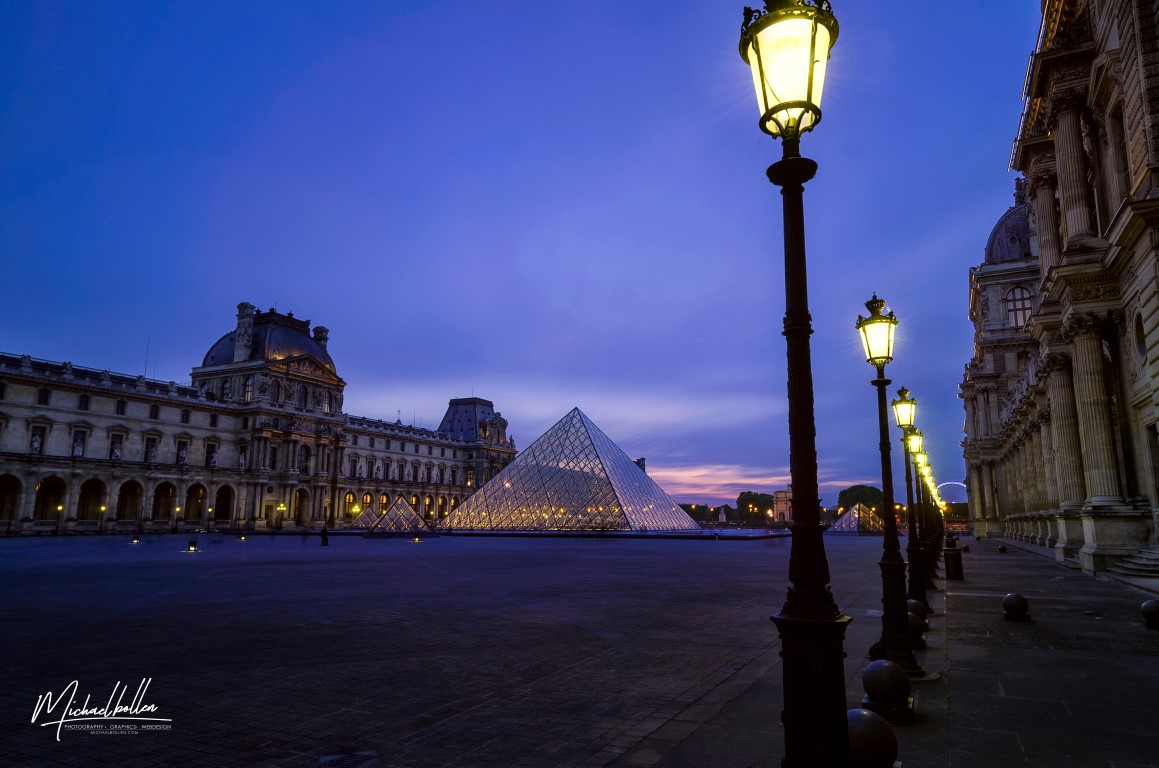 The Louvre is one of the must visited places when you are in Paris. You’ve seen it made even more famous by the Da Vinci code. The Louvre has collected artwork from pre-history until the 20th century. Hosting not only the famous Mona Lisa and Venus de Milo but works that encapsulate all of the Western civilization. With a foundation of Mesopotamian, Egyptian and Greek antiquities, its collection spans through the European Middle Ages to the mid-19th century (where the Musée d’Orsay takes over). With over 35,000 pieces, it is the largest museum in the world, and undoubtedly one of the most significant buildings in France. With such an iconic building in front of you, it can be a daunting task to photograph.

This place is most of the time very crowded with visitors and tourists. So don’t think it is an easy shoot. The best time to visit is probably during the week. But where to start?

Tip: go there right before the city lights go on (sunset) on a clear.

When shooting the pyramid, one must take into account distance perspective. The closer you are to the Pyramid, the flatter and pancake like the peak will look. The further away you are, the more triangular the peaks will become. This will give the Pyramid a natural perspective within its surroundings.

The Louvre is filled with corridors and arches which create the perfect frame for almost anything. From the Pyramid to the Institut de France across the Pont des Arts, the opportunities are boundless. The beauty of the frame in this instance is the creation of another world contained within their confines, like a snow globe, a gateway to a fairytale.

Try to make sure you keep your aperture closed for these kinds of shots. Because passages are often darker, one tries to compensate by opening up the aperture, but this results in a shallow depth of field. By keeping your aperture relatively closed you will make sure your arch as well as your background will both be in focus. 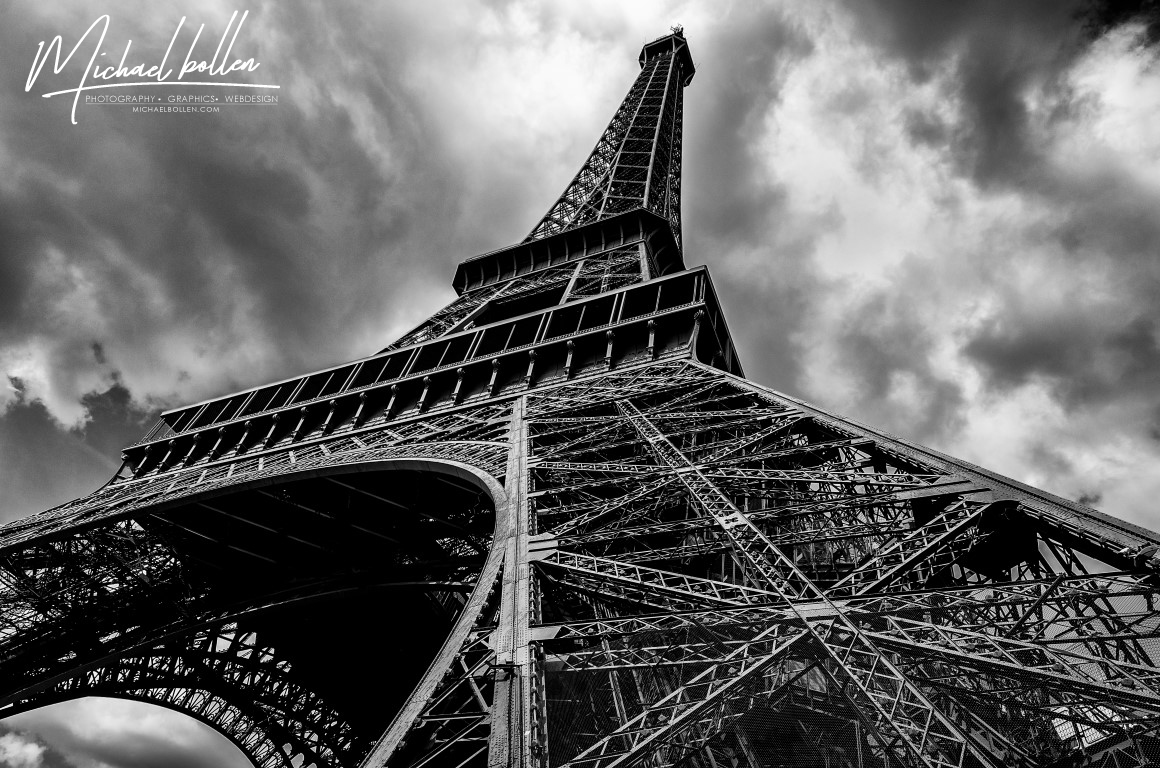 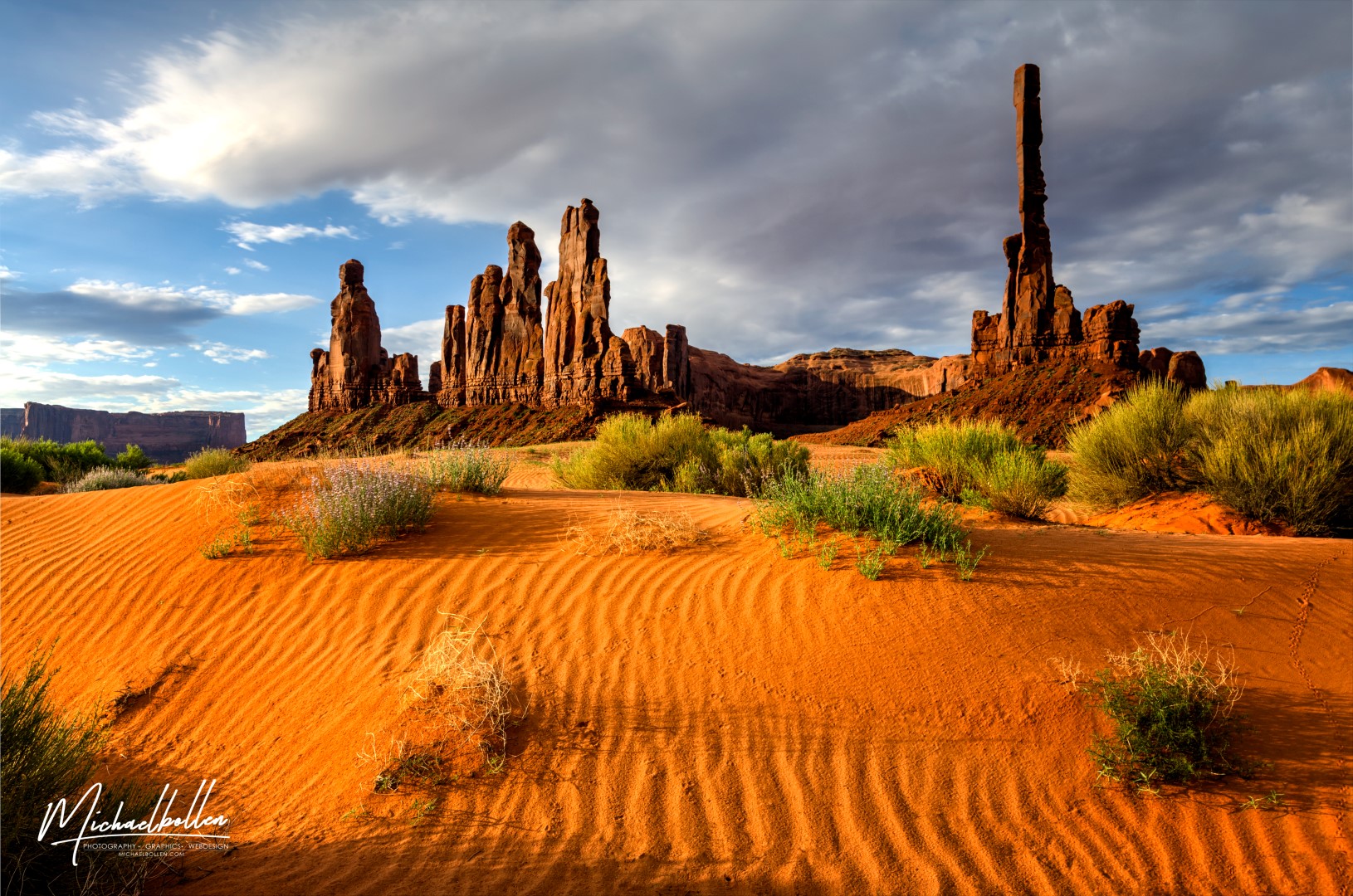