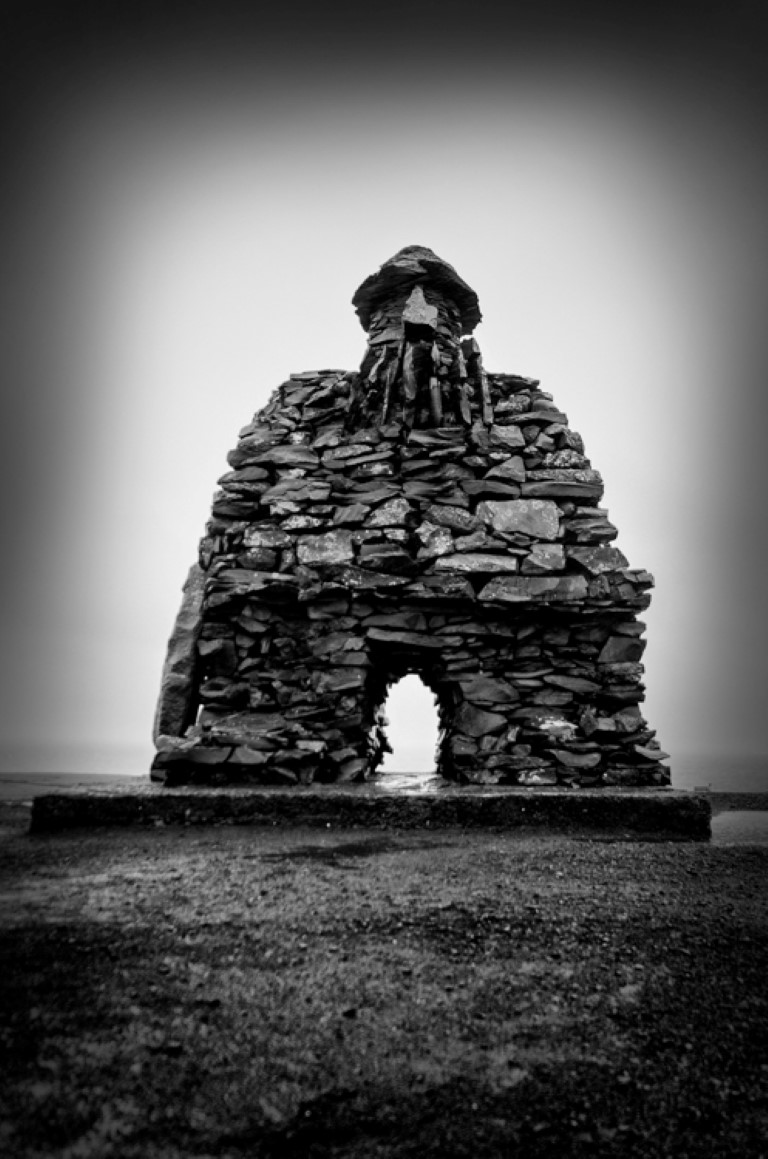 Arnarstapi or Stapi is a small fishing village at the foot of Mt. Stapafell between Hellnar village and Breiðavík farms on the southern side of Snæfellsnes, Iceland. Arnarstapi was an important trading post in the past and had a much bigger population than it has now.

A very interesting old path follows the coastline where you can see old lending places of fishermen, lots of birds, like the kittiwake, the Arctic tern and the fulmar and pass through a lavafield. If you take a guided tour, you will also hear a ghost story.

My photo below is one of the best known photo motives from Arnarstapi, with Mt. Stapafell with the white house and the cliffs in the foreground. I am sure that most people who visit Arnarstapi take this kind of a photo. Unfortunately it was raining quit heavy the day we arrived in Arnarstapi. 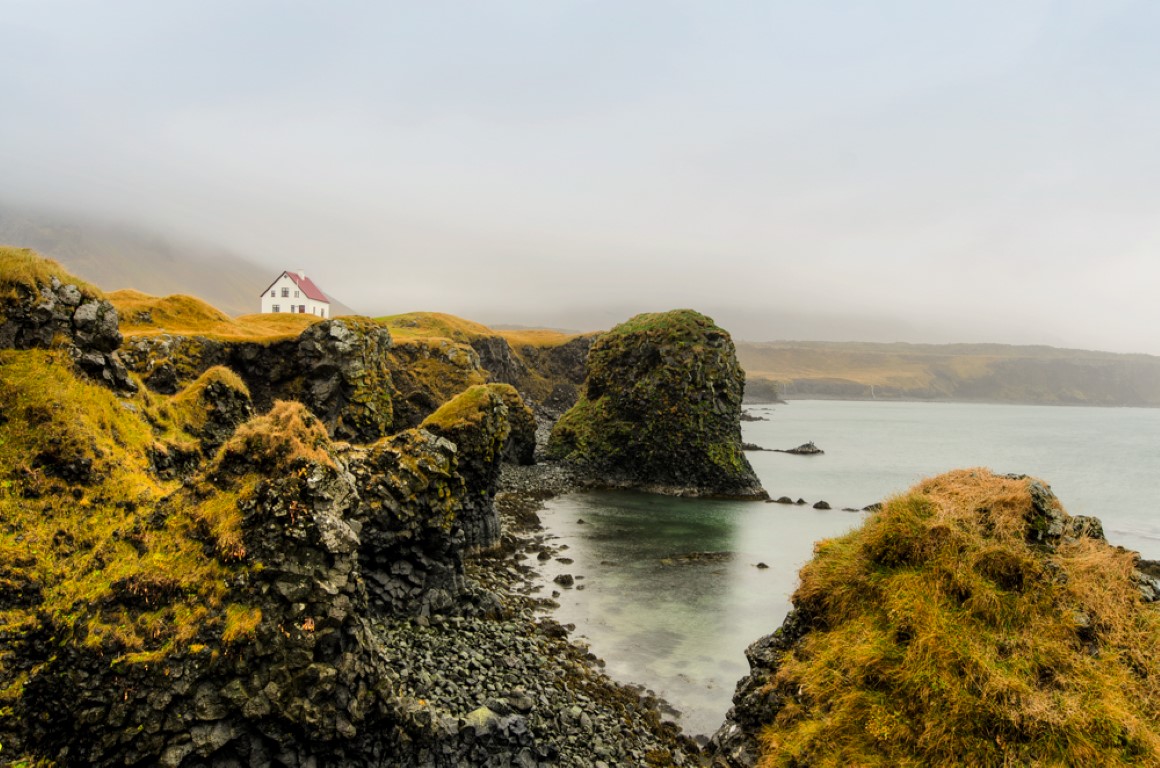 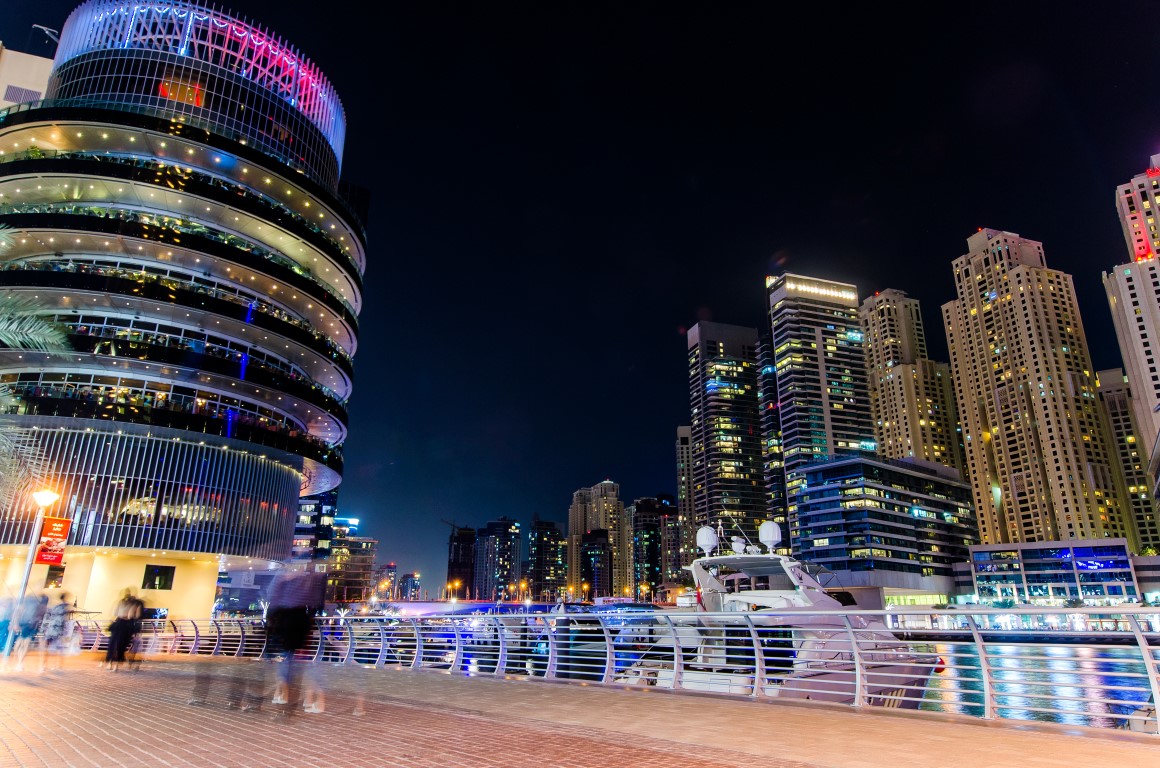