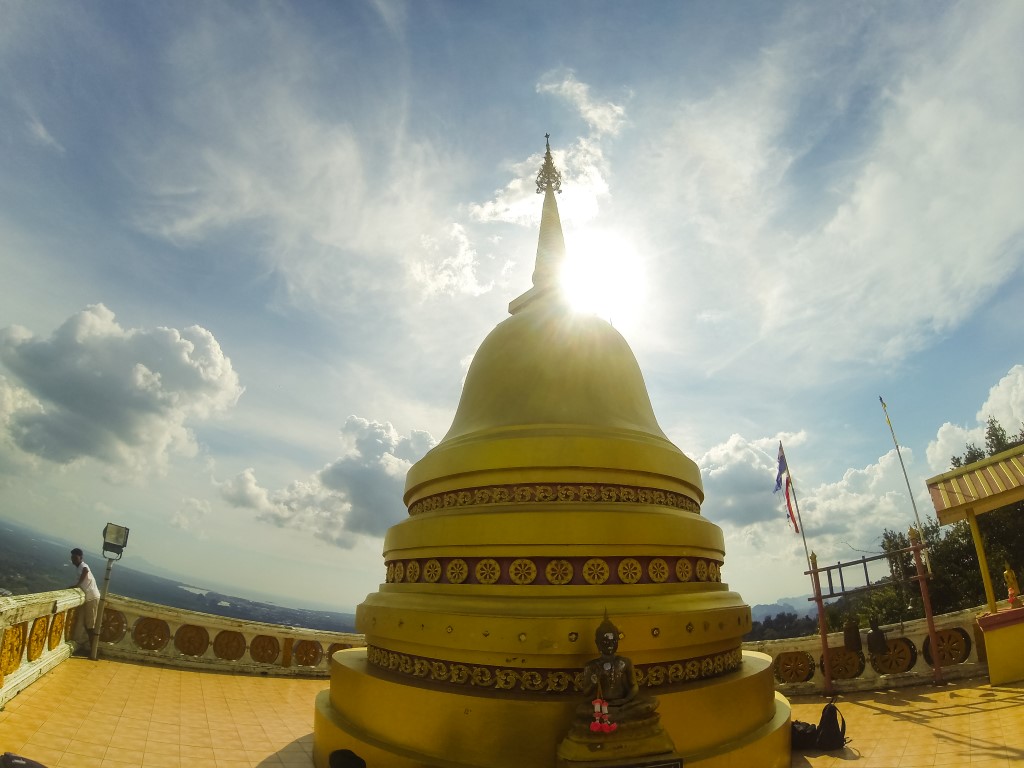 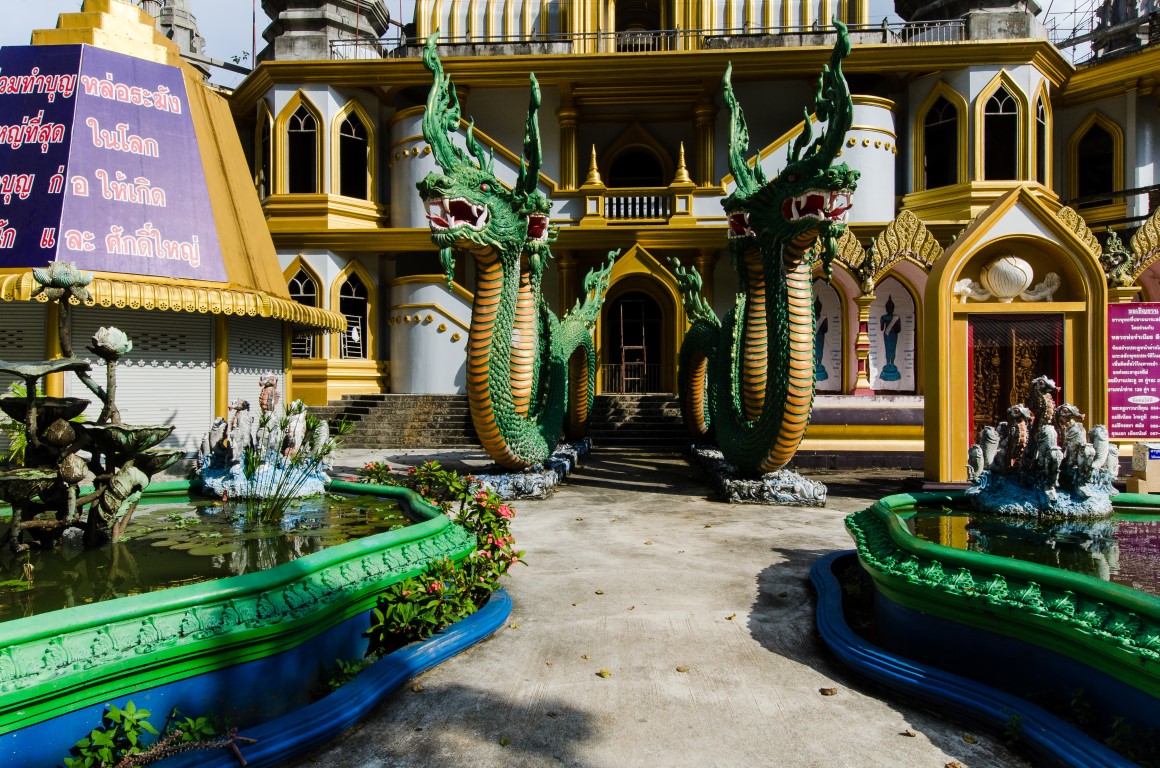 Once upon a time, in 1975, a meditating monk discovered, what he said, were tigers roaming through the caves. This encounter led to the naming of the Tiger Cave Temple, or Wat Tham Suea. 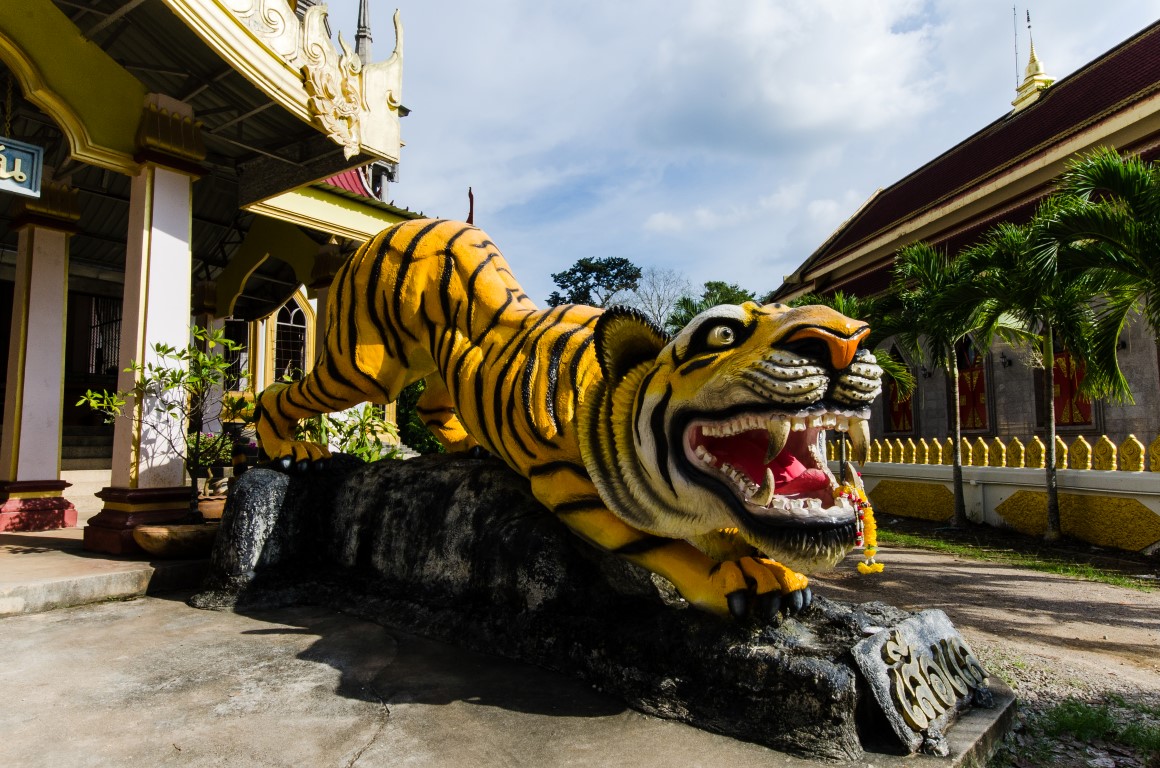 The Tiger Cave is most well known for the journey to the top, there are 1237 steps to the summit of the Tiger Cave Temple. The Top! Oftentimes, this set of stairs is referred to as the Stairway to Heaven. 1237 is not a small number, and glorious Buddha statues await your arrival at the peak.

At 340 steps in and I was only a quarter of the way there. I had been promised killer views and vistas stretching out beyond all of Krabi. Peering over the light blue railing, I wasn’t quite impressed yet. 650 steps and I was dripping sweat. People were turning around, questioning if they even had the strength in them. 1237 is quite a lot of stairs, but….. still going strong! Just keep walking. 😉

830 and everyone’s pace had slowed drastically. Shirts had been soaked through, and words of encouragement were being passed along by those who were descending from the top. “It’s worth it,” they said.

The stairs got larger, each step feeling more like the size of two. My thighs were killing me. With all my camera gear, tripod and stuff like that it was quite hard. And when number 1237 finally approached, I looked around me, my reward presenting itself in the form of big Buddhas, karst mountains, and extensive views of the Thai landscape. We made it. 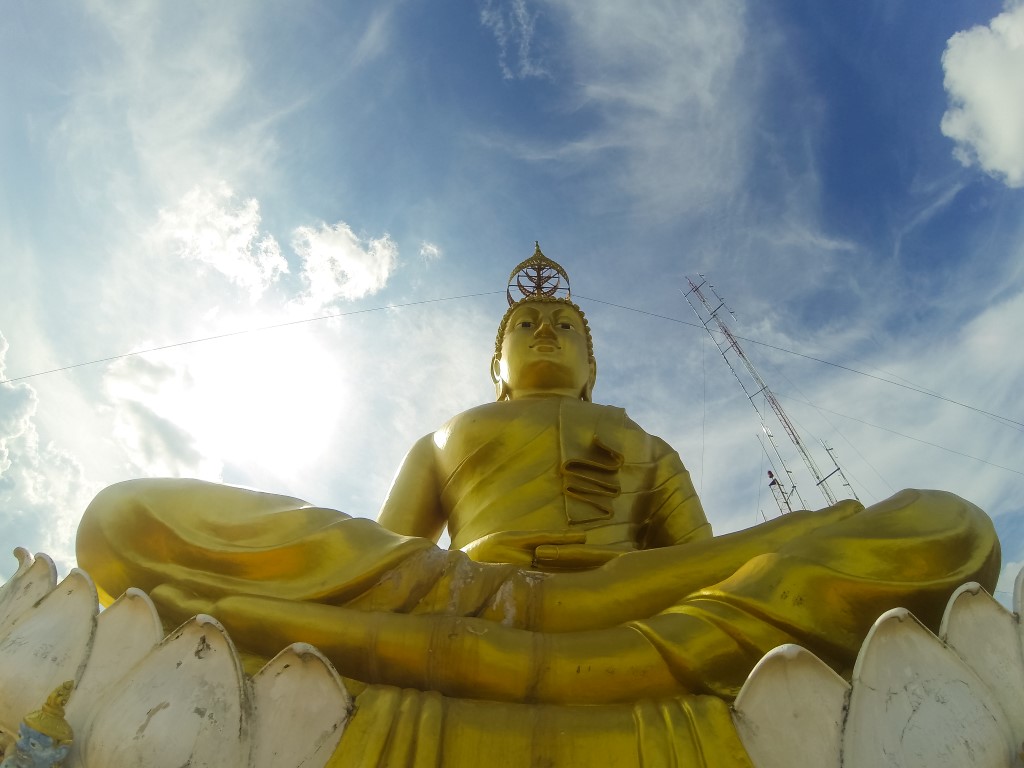 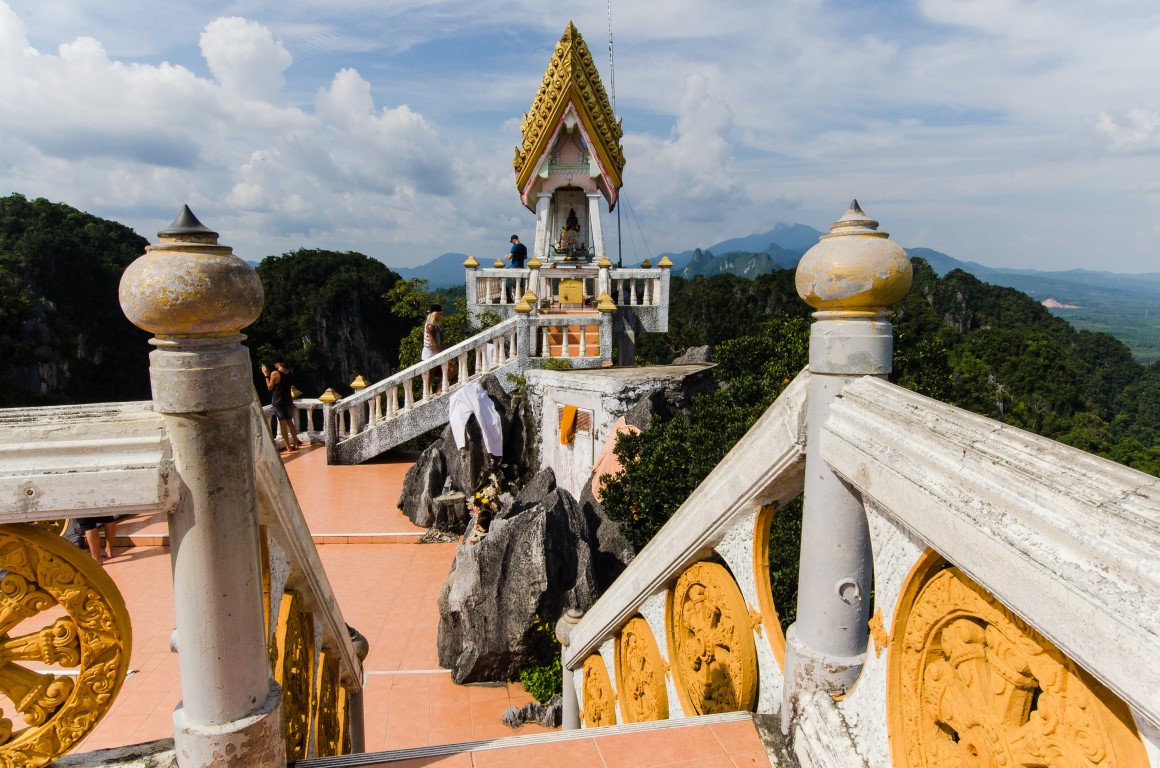 We couldn’t enjoy the view for a very long time because we only had like 20 minutes to get down. Our tour guide was waiting for us. We were to only two people that where crazy enough to get to the top in like 40min. 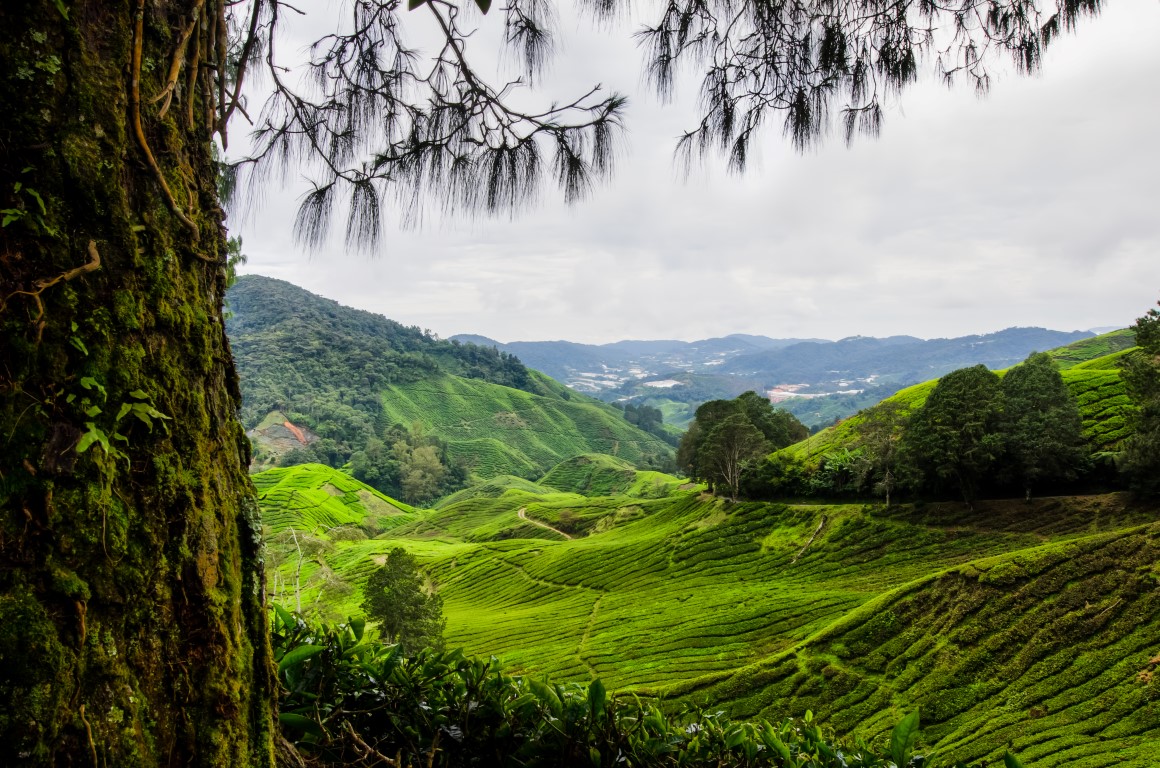 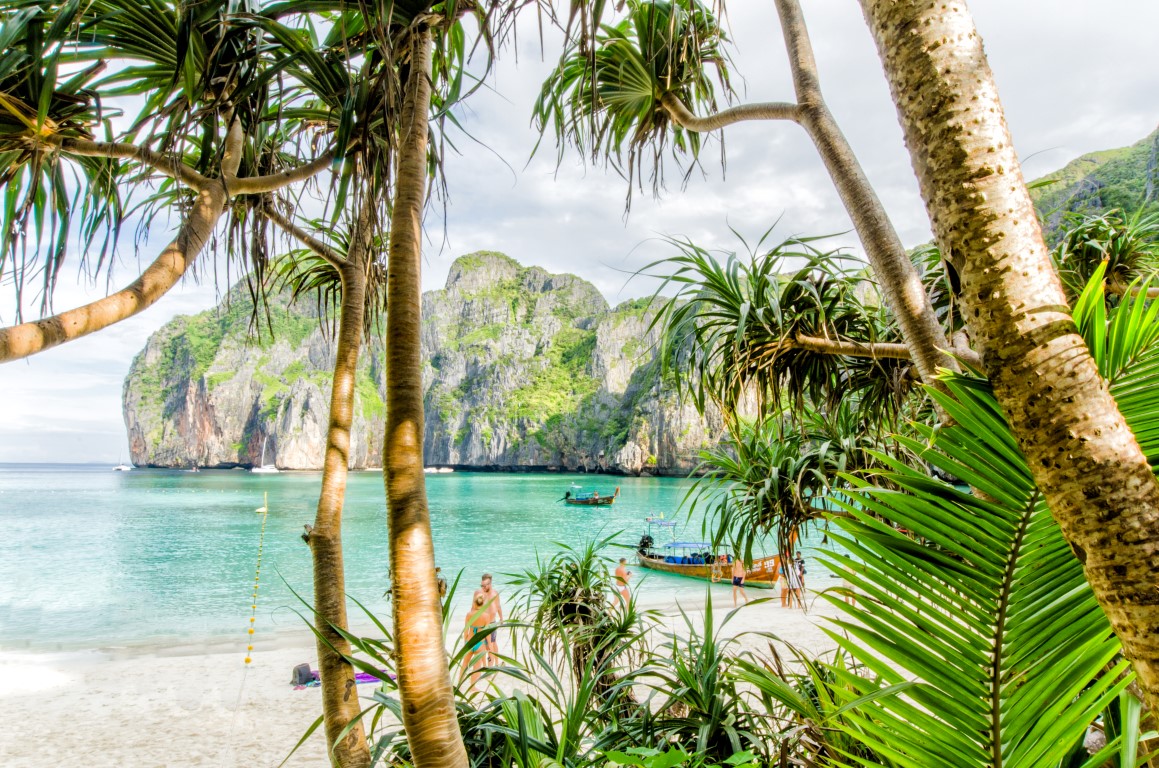